Skip to content
Many lots days missed – Day 18
flamesparrow
June 15, 2014
6:45 pm
2
*hangs head in shame*
I took notes!! I intended to write up all the days but one spiralled into another and I'm now a fortnight down the line.
I made myself a dress that I love, I got to spend a whole week with just Furball who I think is alright,  I got to play Wildstar which was awesome,  I had a weekend of geeky gamingness which rocked.
Today is the official Day 18 though.
Today was Race for Life.
Far too many people are affected by cancer.   Two years ago I was throwing all I had towards the Goddess to help a girl called Aillidh win against cancer.  She was B's age.  She didn't get to see any more birthdays after they turned 9.  I look at B and her friend who bears a striking similarity to Aillidh,  and I see all that she never got to be.  I hear Call Me Maybe and it's bittersweet.
This time two years ago we had no diagnosis.  Adam was "just" ill, most likely a fixable ulcer.   He had "good" cancer... easily treated as a result of research into treatments.  But we're still feeling the after effects.
Friends have lost parents, partners, children.
So many around me have either died from it or beaten it.
I know that there are millions of charities out there, but cancer is the one to have affected my life the most.  Yes, that may be a selfish view,  but meh.
So last year and this year, Stray and I ran.  We ran/jogged/walked/stumbled 5km to raise money.   We convinced Adam to dress up to raise more money.
Between us we have raised over £1000 in the past 18 months.
I'm stunned by the generosity of our family and friends.   I'm incredibly proud of both of us as we have worked hard to achieve decent times.  I'm proud to call Furball "mine" as he's both dressed as we've asked and provided me with so much support when I've felt like I'll never be able to run again,  or had the children so I could run.
So today's happy is that people give a shit.  Over 3500 running this morning alone in Bournemouth,  the strangers online who prayed for a little girl to live because I asked them to, everyone who donates, buys from charity shops, donates clothing.   The people who care for those affected in hospital,  respite, counsellors...
People generally suck. Today I feel like they don't. 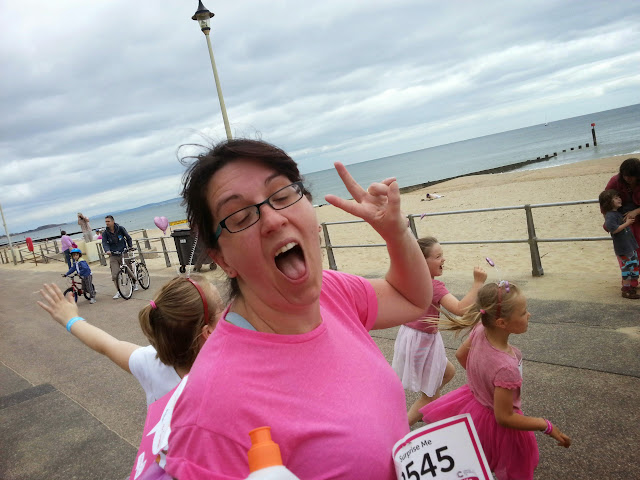 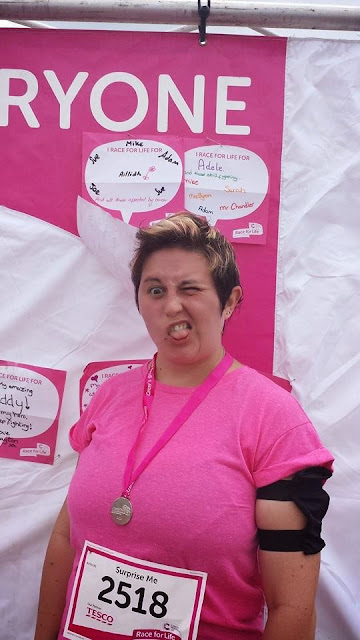 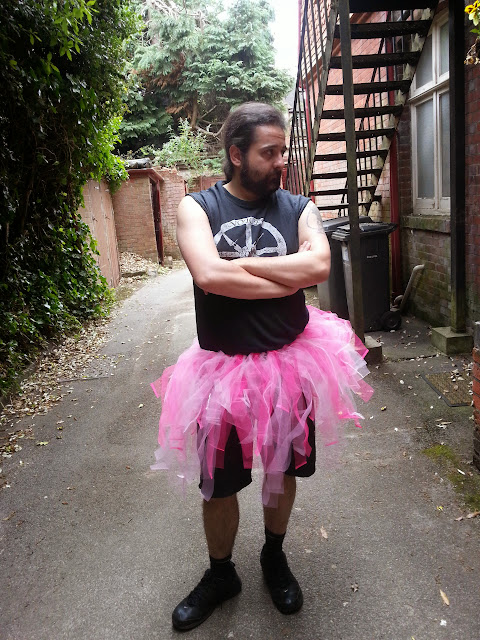 Category : 30 happy days race for life
PreviousDay 17 was CHICKEN!
NextDay 19 is about my babies